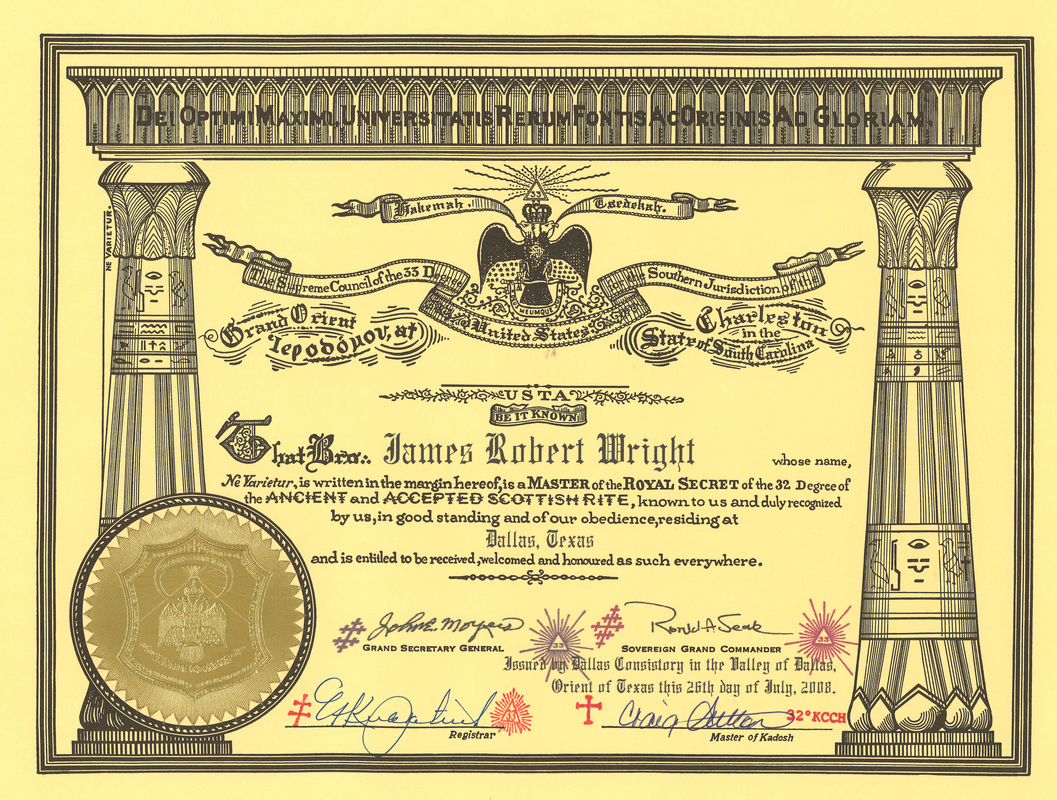 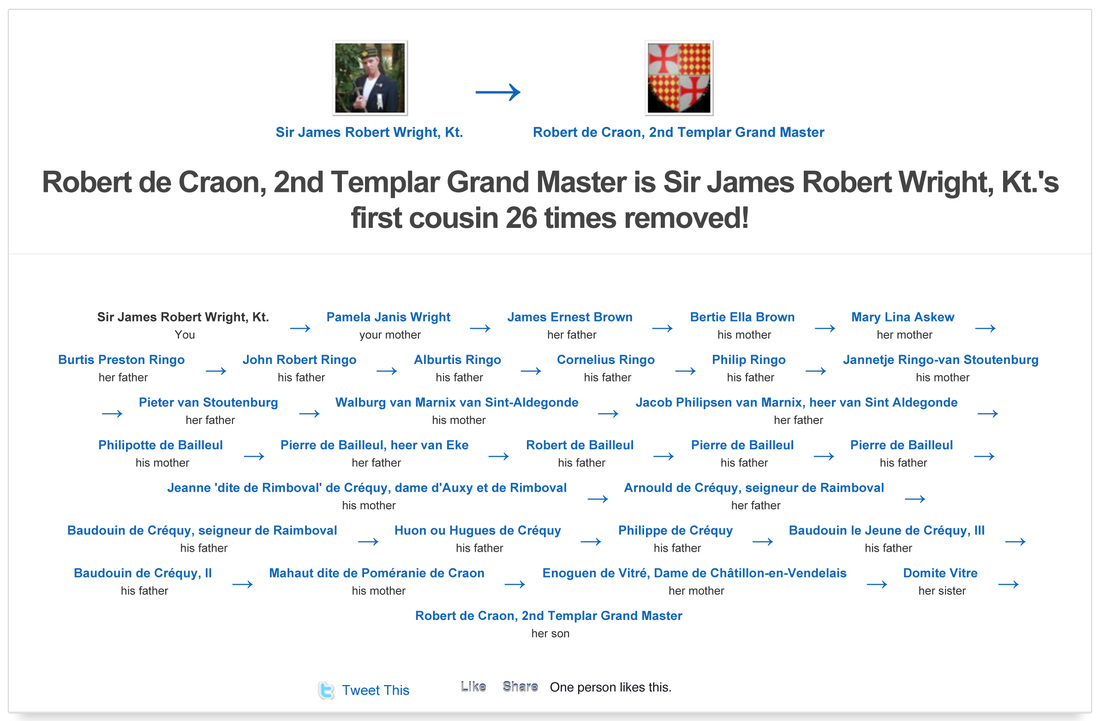 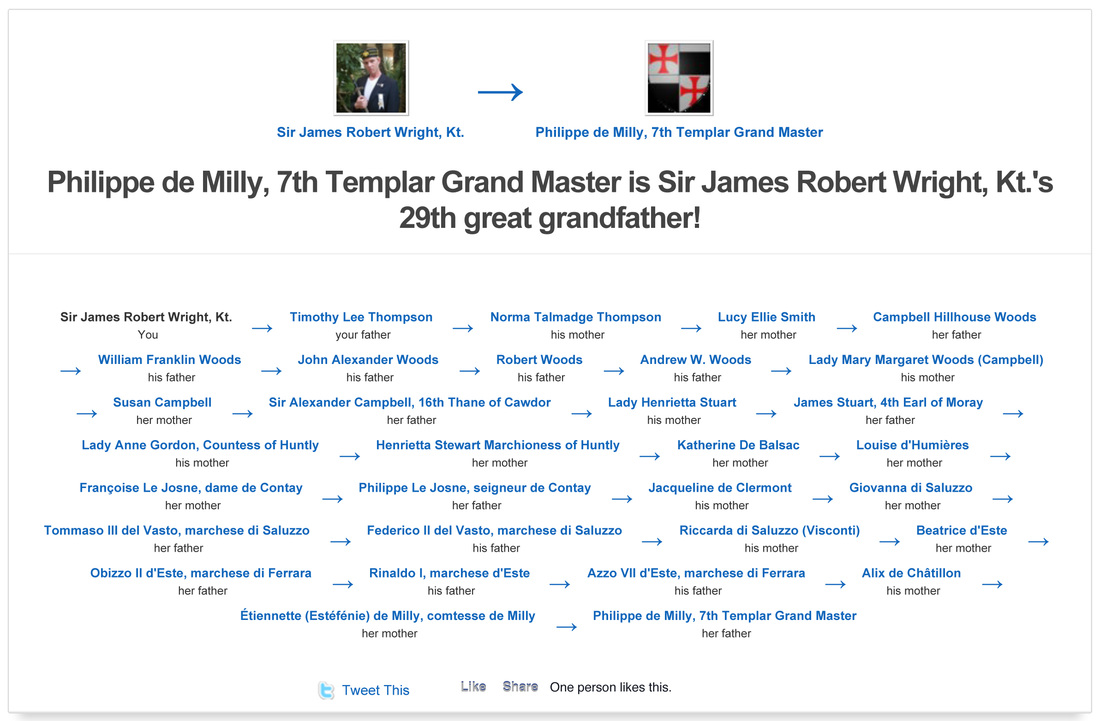 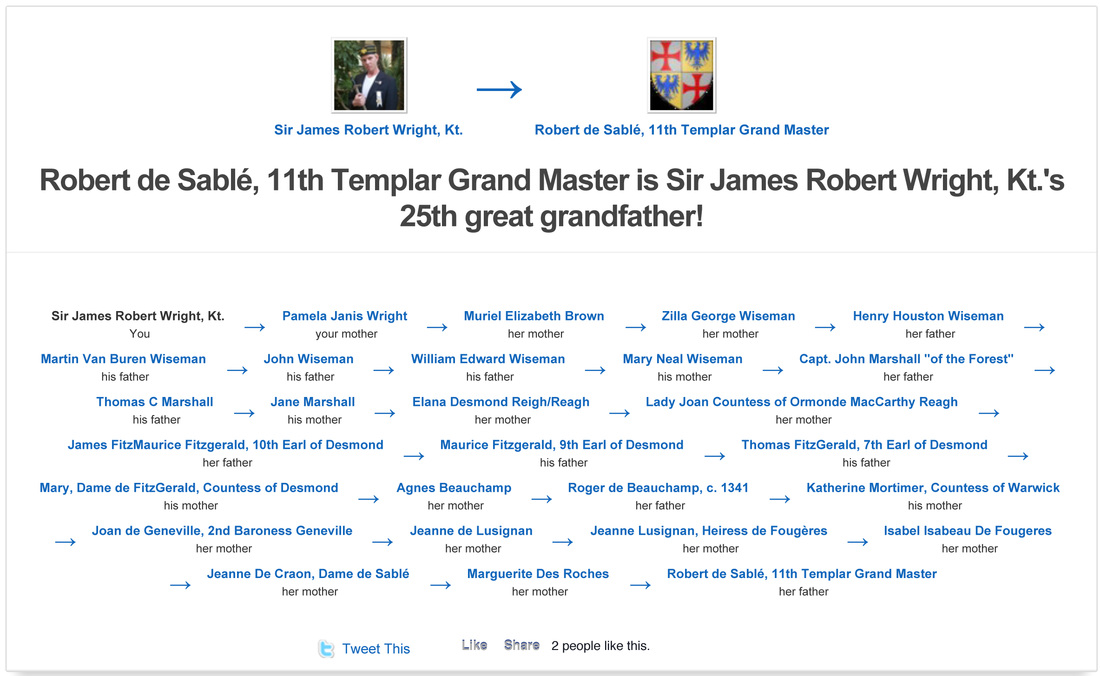 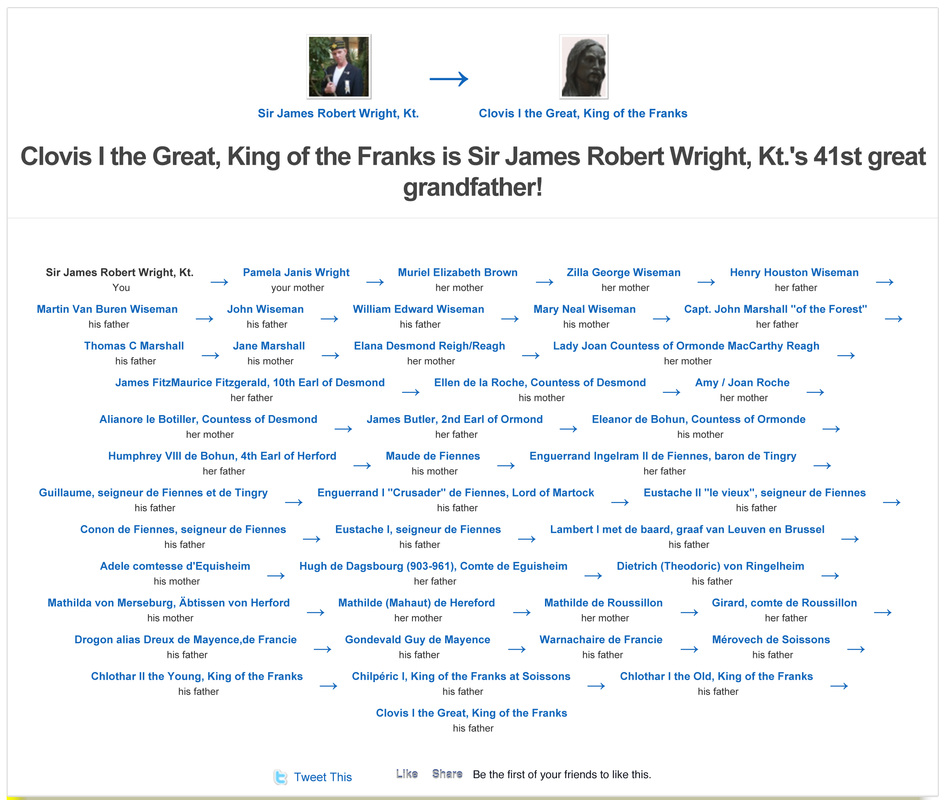 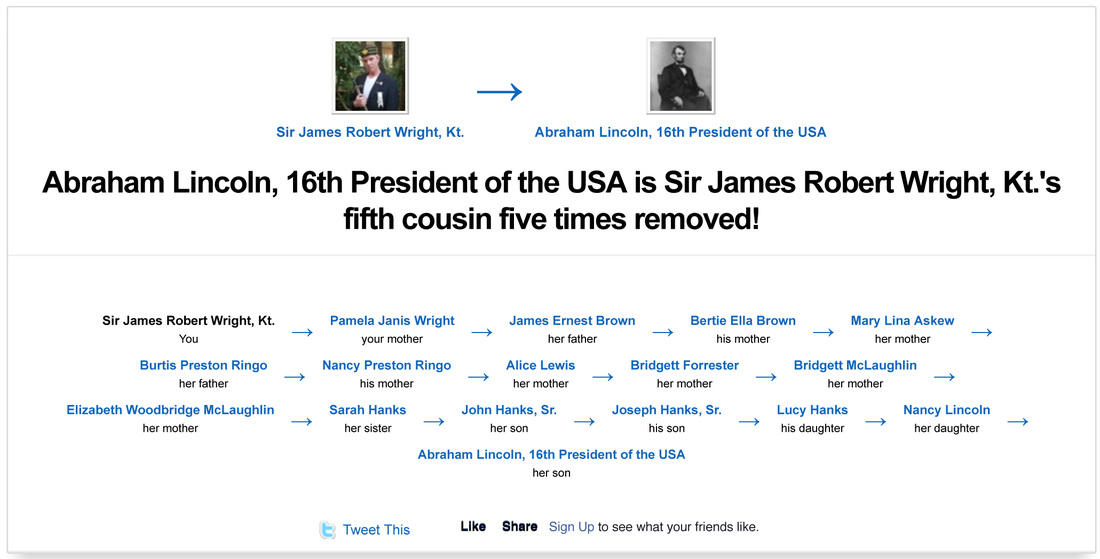 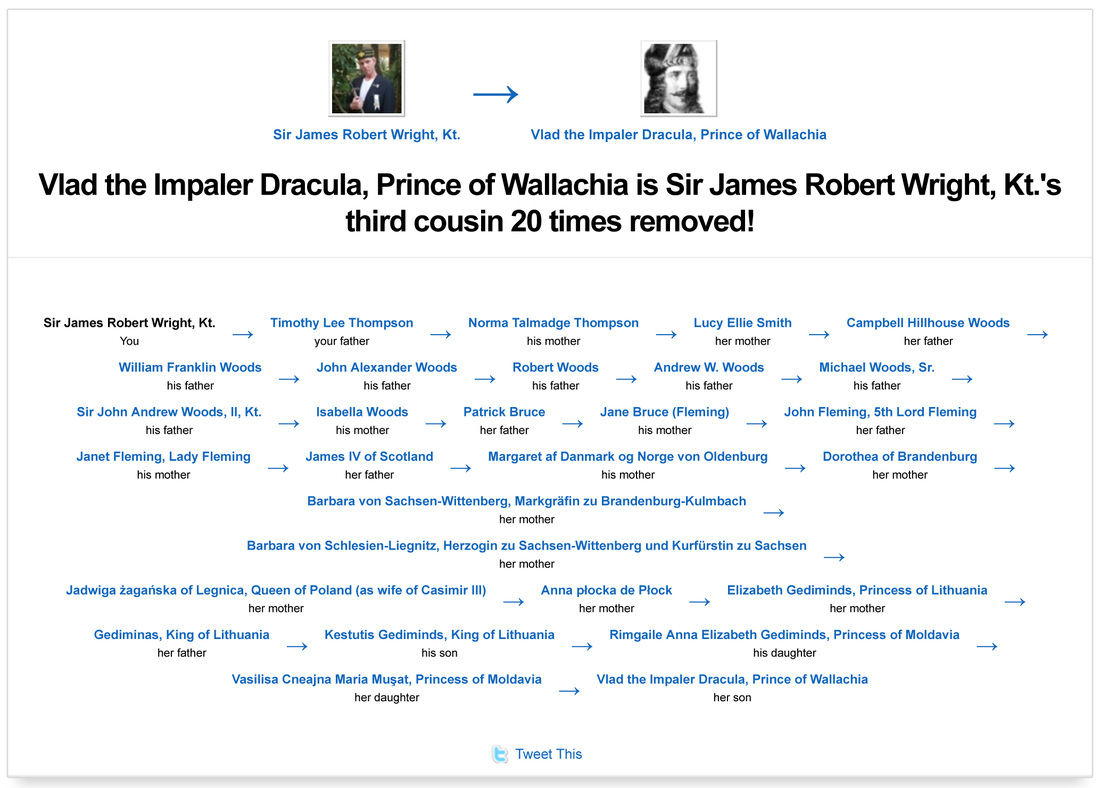 As further evidence that James holds no regard for the establishment he was born into, the following are a short series of legal correspondence documents between James and his mother, Pamela, in which the true sickness inherent in this bloodline family makes itself known.  Certain names and other personally identifying information have been censored.  James was forcibly removed from his mother's then primary residence on the basis
"he was gay" on his 18th birthday.  After years of pleading for a relationship with Pamela for a relationship with his son, and being denied it by her and forces surrounding her father's Masonic power legacy, James' father Tim Thompson tragically took his own life on June 15th, 1998 in Dallas after another denied attempt to meet his son. 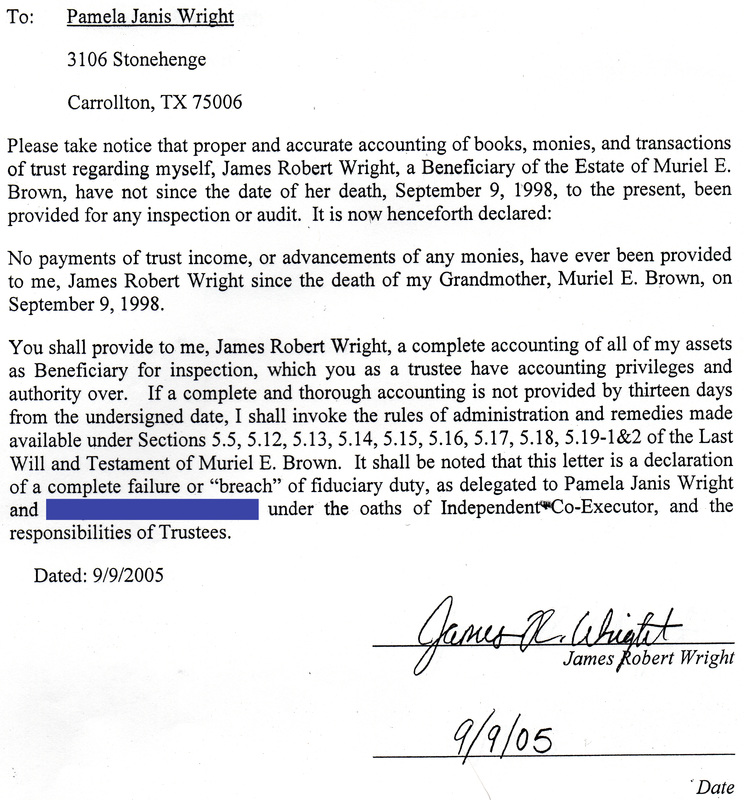 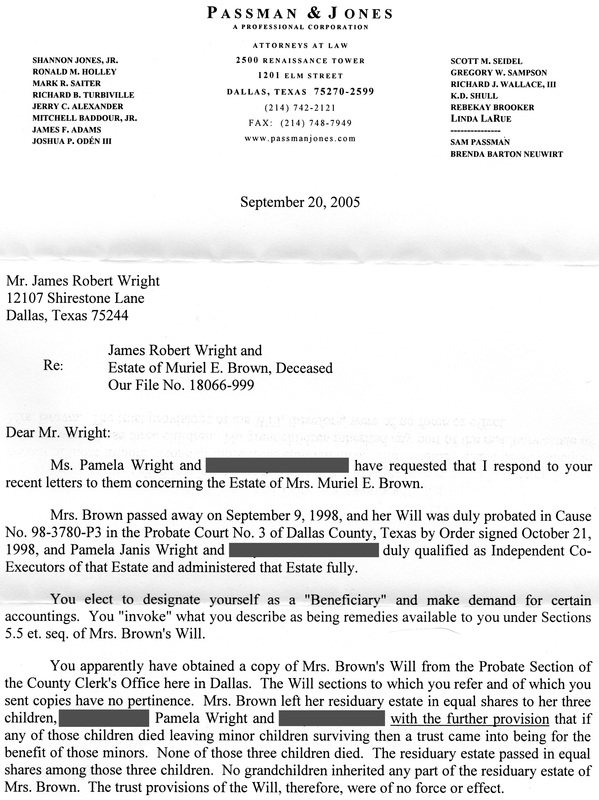 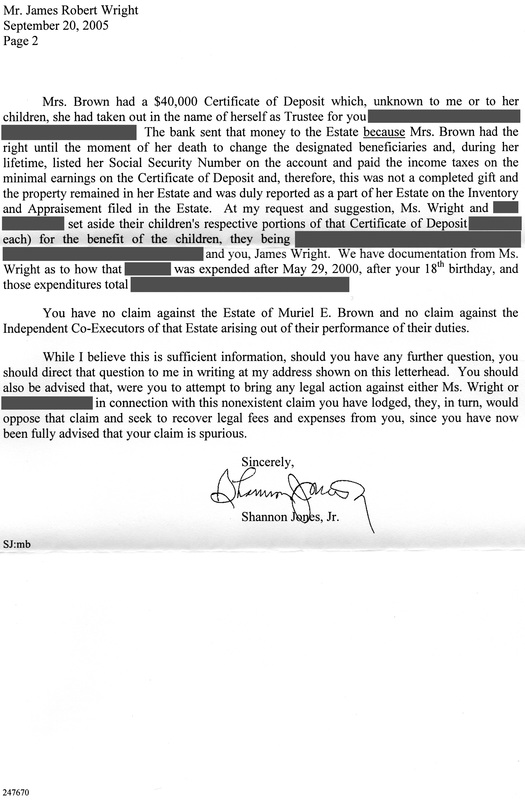 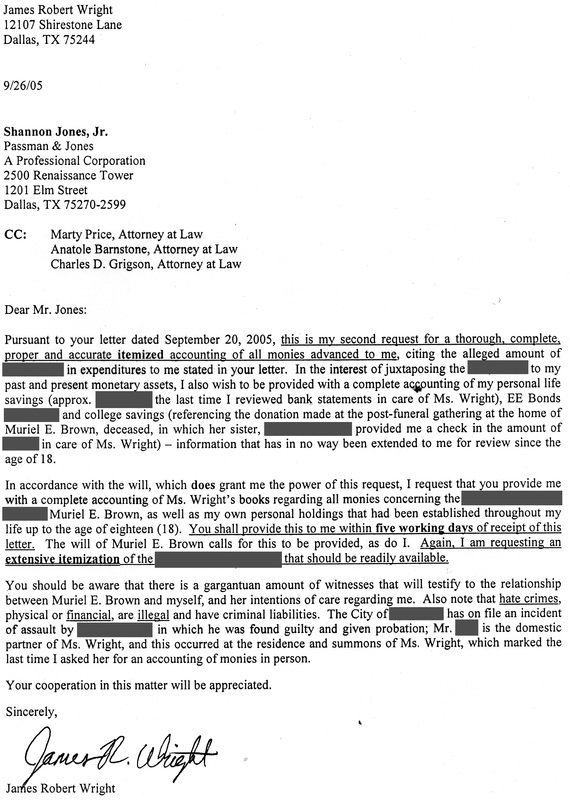 The evidence to the contrary; excerpts from the Will of Muriel E. Brown,
proving Mr. Shannon Jones, Jr. knowingly lied
to protect the greed of his new clients. 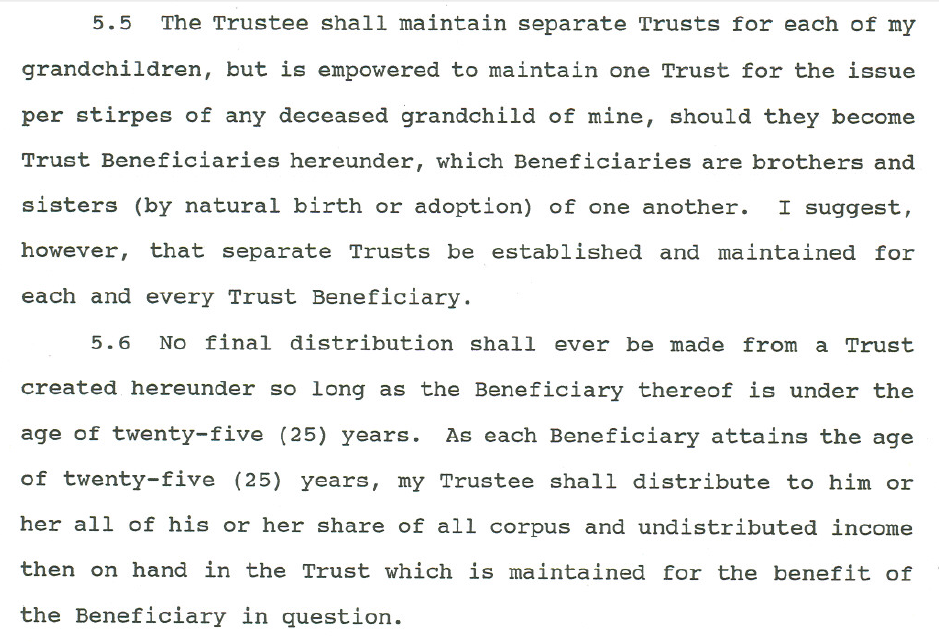 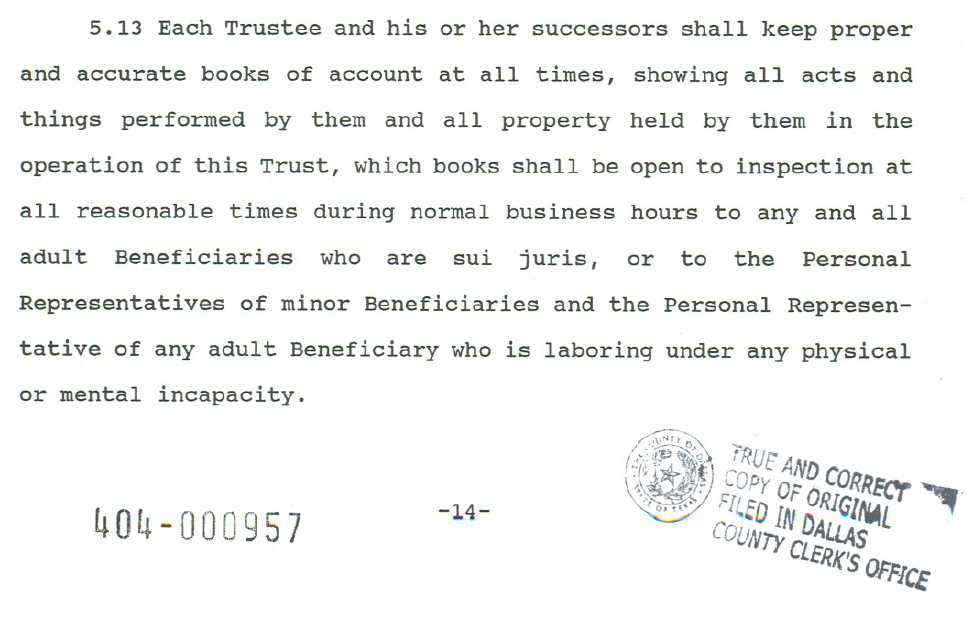 In Mr. Jones's response to James, he says quote "You elect to designate yourself as a "Beneficiary"... does this suggest that he self-appointed himself?